The Namibian government has banned government officials from buying new

cars till 2025, a decision taken to curtail the effect of the outbreak of Coronavirus in the country.

Namibian President, Hage G .Geingob, who made the announcement on Twitter

He said the decision would save the country 200 million Namibian dollars (US$10.7 million), which will be directed

“to urgent priorities, specifically at a time when the country is dealing with the health and economic implications of COVID-19″.

The southern African country of 2.5 million people has so far recorded 16 cases of COVID-19, with no deaths.

The statement read in parts “Government will not order a new vehicle fleet for the Executive and Public Office Bearers for the period 2020-2025.

“Savings of 200 million Namibia dollars (about $10.8 million) will be directed to urgent priority areas.” 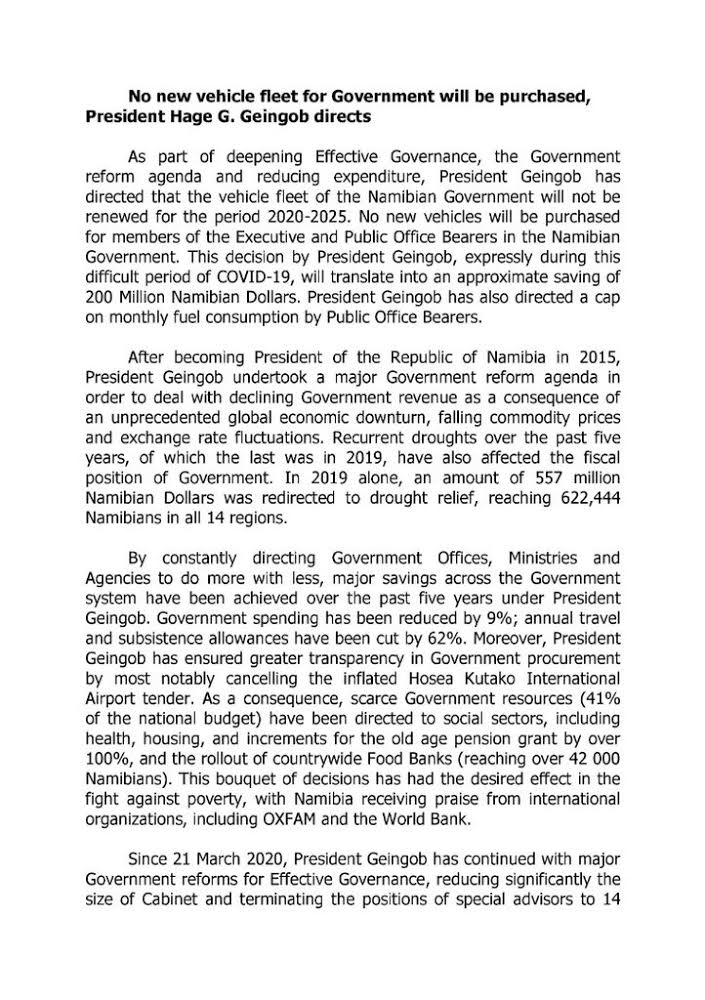 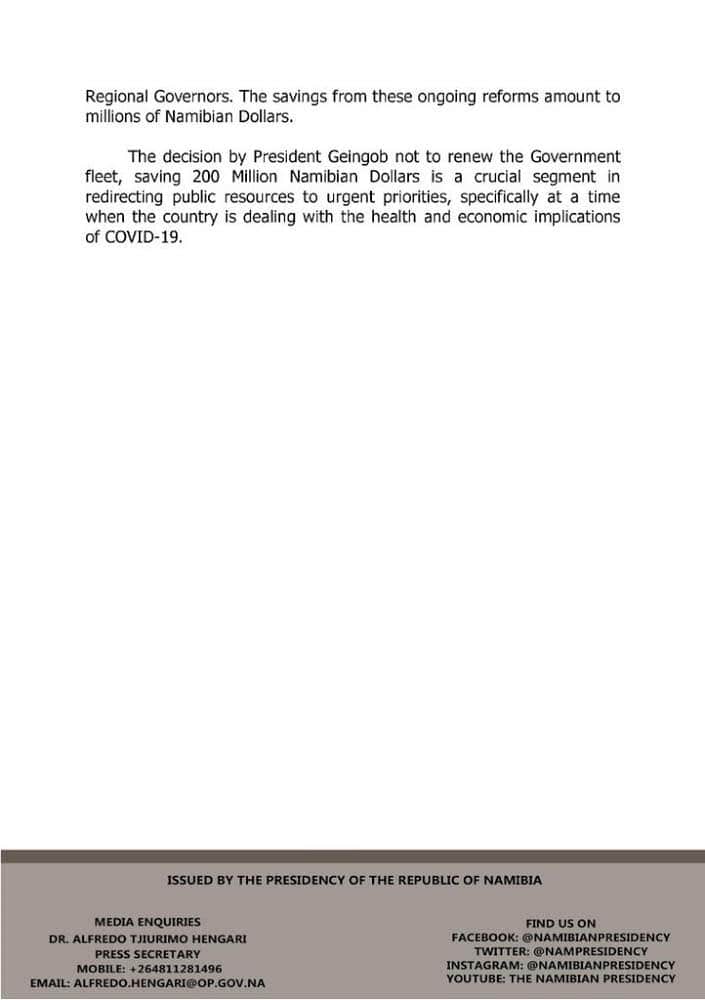